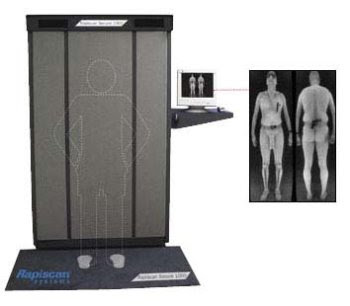 The government "glossed over" concerns about the dangers of radiation levels presented by so-called backscatter whole-body imaging machines now in use at airports throughout the United States, according to this report in ProPublica.

The article doesn't break all that much new ground, because much of the information about backscatters and radiation concerns, as well as the political connections associated with contracts awarded for machines, has been available for years -- including from the Electronic Privacy Information Center (here's the EPIC Web site on the subject) and from criticism by Ralph Nader and others of the potential radiation dangers posed by these devices.

Still, it does gather known information in a useful context, easier for the mainstream media to digest, while adding new insight. ProPublica will also present the material in a television documentary later this month.

Incidentally, the ProPublica article might have noted, but does not, that the most recent order of whole-body-imaging machines by the TSA indicates a possible shift away from radiation-emitting backscatters and more toward the second type of the machine, one that uses millimeter-wave radio-frequency technology that does not present radiation issues.

But L-3 announced last month that it has a new contract, worth $44.8 million, to sell 300 of its ProVision millimeter-wave machines to the TSA to install at checkpoints. L-3 said the TSA also took an option on 200 more of its machines.

The TSA plans to have whole-body imaging machines of both types installed at nearly all of the 2,000 individual security lanes at all 450 commercial airports by the end of 2014. Over two years ago, I was the first to report that the agency planned to replace the familiar metal detectors with the whole-body-imaging machines (which have been criticized as "strip-search machines") entirely.

The ProPublica article provides excellent context on the issue of backscatters and radiation, and the politics of awarding the contracts for the machines. It adds depth to known facts about the role of Michael Chertoff, the Homeland Security chief during the Bush administration, in cheerleading efforts to get backscatter machines installed as major components of airport security. While in office, Chertoff was an outspoken advocate of the machines, and when he left office his consulting firm, the Chertoff Group, did work for Rapiscan.

The ProPublica article says that backscatters received less regulatory oversight than X-ray technology typically does because they are not medical devices. It adds:

"The TSA asserts there is no need to take additional precautions for sensitive populations, even pregnant women, following the guidance of the congressionally chartered National Council on Radiation Protection & Measurements.

"But other authorities have come to the opposite conclusion. A report by France’s radiation safety agency specifically warned against screening pregnant women with the X-ray devices. In addition, the Federal Aviation Administration’s medical institute has advised pregnant pilots and flight attendants that the machine, coupled with their time in the air, could put them over their occupational limit for radiation exposure and that they might want to adjust their work schedules accordingly.

"No similar warning has been issued for pregnant frequent fliers."

The ProPublica article came up in a Senate hearing on aviation security this week, during questioning of John Pistole, the TSA administrator. Pistole replied that the TSA will conduct a new and independent study on the safety of X-ray backscatters.