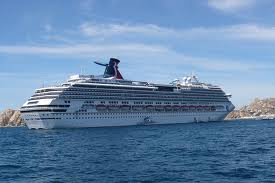 Interesting that on the 100th anniversary of the sinking of the Titanic, a tragedy that was marked by a profound disregard for the plight of the poor on board while the first-class passengers had a much greater chance of scrambling to safety in lifeboats [*see below], we have an allegation that a Carnival Cruise ship ignored a fishing boat and its crew in distress last month.

This is the case of Adrian Vasquez, an 18-year-old fisherman from Panama, who was found alive after being lost at sea near the Galapagos Islands for 26 days, according to this account in Eturbonews. The two other men in the fishing boat died of dehydration and heat stroke.

Passengers on the Star Princess, a Carnival luxury ship sailing from Ecuador to Costa Rica, claim they alerted crewmembers after seeing three men in distress in the fishing boat. The cruise ship ignored the plight of the fishermen, the passengers say. International law, in this case known as the law of the sea, requires that a ship stop to assist any vessel in distress on the high seas.

The captain of the Star Princess is reported to be saying that he never got the word about the distressed vessel.  Here's the account in the Guardian newspaper.

Here's Carnival's statement on the incident:

"Princess Cruises deeply regrets that two Panamanian men perished at sea after their boat became disabled in early March. Since we became aware of this incident, we have been investigating circumstances surrounding the claim that Star Princess failed to come to the aid of the disabled boat, after a crew member was alerted by passengers.

The preliminary results of our investigation have shown that there appeared to be a breakdown in communication in relaying the passenger's concern. Neither Captain Edward Perrin nor the officer of the watch were notified. Understandably, Captain Perrin is devastated that he is being accused of knowingly turning his back on people in distress. Had the Captain received this information, he would have had the opportunity to respond.

We all understand that it is our responsibility and also the law of the sea to provide assistance to any vessel in distress, and it is not an uncommon occurrence for our ships to be involved in a rescue at sea. In fact, we have done so more than 30 times in the last ten years. We deeply regret this incident and are continuing our investigation to fully understand the circumstances."

The official list of those who perished issued by the White Star Line, owner of the Titanic, includes the New York tycoon John Jacob Astor, who died while his wife was saved.

The actual name of the "manservant" never appeared.