Take Me Out Of the Ballgame 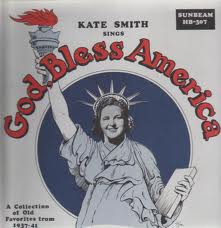 My father took me to first game at Connie Mack Stadium in Philadelphia in the 1950s. My last game was two weeks ago, at the ridiculously named Kino Veterans Memorial Stadium in Tucson (formerly the also inelegantly named Tucson Electric Park).

Why am I out? Let me count the ways:

1. Class inequity. A visit to a major league ballpark these days has become an exercise in rank status-stratifying, with corporate fat-cats who grab the best season seats (and often write off the costs as business expenses) treated like top-luxury five-star hotel guests, while the rest of the fans are treated like Motel 6 clientele. In the Wall Street Journal on Friday (alas, blocked by paywall), an op-ed piece by Mark Yost, a Journal sports editor, described how he and his 14-year-old son are in the midst of a long odyssey to visit all 30 major league ballparks by the time the boy graduates from high school in 2016, but the joy seems to be going. While ticket prices are soaring even for the cheap seats (and in most cases, you can’t even purchase the best seats if you want because they’re all scarfed up in advance by corporations), a normal fan’s trip to a ballpark these days is like an international flight on an airplane nine-across in the back of coach. “…Even after you’ve shelled out for decent seats – but not the top-of-the-line ones – you’re constantly reminded by the host team that you’re a second-class fan,” Yost writes. Many ballparks are strictly segregated by class, with exclusivity enforced for those  with “premium seating.” In many ballparks, the unwashed majority can’t even set foot in the swanky concourses reserved for those with premium seats.

2.  Racketeering. Professional baseball has become a nasty racket whose sole purpose is to shake obscene amounts of money out of the pockets of the  fans, while treating most of them like marks at a carnival bunko booth. The Yankees payroll for this season is $230.4 million, which is the best example of the astonishing dough that defines baseball, and the vig that the fans need to pony up to keep this racket solvent: The Yankees’ star third baseman Alex Rodriguez, currently in year five of a $275 million 10-year contract that is the most lucrative in the history of sports – a contract that was partly negotiated with the assistance of executives from … uh, Goldman Sachs. Rodriguez is currently injured, and his role this season is uncertain.  Oh, a few months ago, as reported in the Times yesterday, “ Rodriguez’s name surfaced in connection with an anti-aging clinic in South Florida that was suspected of supplying Rodriguez and other players with performance-enhancing drugs. Rodriguez, through a publicist, denied the allegation.”  Another example, same city: Mets pitcher Johan Santana is out for this season with a shoulder injury, though the Mets  will pay him $25.5 million  for this year,  the last year in his monumental six-year $137.7 million contract. Santana also missed the entire 2011 season with an injury.  Closer  to home for me, the fans at the game in Tucson a few weeks ago ( one of only two spring training games played this spring in Tucson, which used to have an full spring-training season with multiple teams), unaccountably seemed to be cheering for the Arizona Diamondbacks in the game with the Padres, the home team because the Padres minor league team plays in Tucson. They cheered even though  the Diamondbacks had skulked out of town two years ago to take a better deal to play their spring training games in the Phoenix area – leaving Tucson stuck with the bill for  a beautiful $38 million stadium built by the taxpayers expressly because of the vibrant spring-training season that no longer exists in town. [By the way, Major League Baseball is also tanking big-time in the TV ratings. Here.http://www.phoenixnewtimes.com/2013-03-28/news/the-screwball-economics-of-major-league-baseball/]

3. Rampant jingoism. I love the tradition of standing for the Star Spangled Banner right before the home-plate umpire hollers “Play ball!”--  with that beautiful flag whipping in the breeze at center field. It can still seem grand in Tucson, where they have a terrific barbershop quartet sing the anthem, not some caterwauling reality-TV wannabe with a merely casual acquaintance with the notion of musical pitch. But why, two weeks ago, was there hissing in the stands at a few fans who decided to sit down right after the Star Spangled Banner, rather than continuing to stand at attention while some sad-sack “honor guard” from the U.S. Border Patrol (the Border Patrol!) slowly marched off the field like some platoon in a comic opera?  Even worse, there is the practice, which spread in ballparks in the immediate aftermath of 9-11, of requiring everyone to stand at attention during the traditional 7th Inning Stretch, and sing along with a loud recording of that execrable, cynical lardbucket Kate Smith bellowing "God Bless America." Decades earlier, it had been bad enough, actually, when the traditional 7th Inning Stretch became the occasion for the standing and mass singing of “Take Me Out to the Ballgame” back in the 1970s  (the same decade those irritating mascots started showing up, dancing on the dugouts and otherwise annoying those who wanted to watch baseball).  But “God Bless America” bellowed by the late unlamented Kate Smith, with all in the stadium expected to remove caps, stand at attention and join in? It’s like those infernal flag-pins that politicians now have to always have stuck on  their lapels – once you start that stuff you can’t pull it back, because the right-wing loons will scream about a war on patriotism or the flag or God. And they enforce the 7th Inning Stretch jingoism, too. A few years ago at Yankee Stadium, New York cops grabbed and ejected a man who attempted to walk to the men’s room while the holy song was being belted out in the stands. (A lawsuit followed, and the NYPD agreed not to physically restrain anyone from moving about during the sacred singing.). Since then, some ballparks have backed off the forced singalong, but it’s still fairly common, along with the fan pressure to stand at attention with hats doffed -- as if this is the way baseball has always been played. 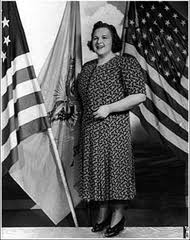 “God Bless America!” blasting forth at ear-pounding volume! Yo, baseball fans, it’s a ballgame, not at a religious revival!

It is not. There’s a reason we commonly say ballpark, in a pastoral evocation, even when the official name is “stadium.”

Hey, I’m a veteran. I salute the flag! But I’m not inclined to salute the Border Patrol -- and I won’t stand for Kate Smith. Incidentally, Kate Smith and that Irving Berlin bit of jingoism originally infiltrated sports in my hometown in the 1970s when the aging 300-pound songbird hooked up with one of the ugliest, nastiest teams in modern sports history, the brawling Philadelphia Flyers hockey team of those years. In fact, the phrase “It ain’t over till the fat lady sings” derives not from a wry comment on opera (as is often assumed) but from the Philadelphia Flyers home games of that era, when Kate Smith bellowed out “God Bless America” as a good luck gesture that began to be played at the end, as well as the start, of the hockey games.

Anyway, that’s it between baseball and me, after an admittedly wonderful half-century fling that started in Philly, in the ballpark, Connie Mack Stadium, in the years when the great pitcher Robin Roberts routinely won 20 games, many by a single little run, in seasons when the Phillies were averaging only about 60 total wins. In an era when the great Richie Ashburn, so persistent at fouling off third strikes in maddening succession that he once fouled off a strike that hit a lady in the third-base stands and, still at bat a few pitches later, fouled off another one that hit the same woman as she was being carried out of the stands.  In the years when you could see Willie Mays on the visiting Giants rear back and fire a long arcing throw from deep center, back toward the 447-foot mark, that could nail a runner headed to the plate on one single bounce, no cutoff man required.

But that was a long time ago, that was before Kate Smith and the dancing mascots and the $25 million a year contracts, and the socially stratified ballparks – or, I should say stadiums.

For baseball and me these days, in fact on what we used to look forward to with such a thrill as Opening Day, it’s three strikes, and I’m out.

Posted by Joesharkey.com at 5:50 PM

As an atheist, I find the singing of "God Bless America" particularly alienating. Worse -- the mandating of the mandated standing.

Lots of kudos here, young man Sharkey. Our paths are somewhat parallel, except my first exposure was at Shibe Park, dad being an Athletics fan.

And you are too gentle with Kate Smith.