A Day at the Gun Show 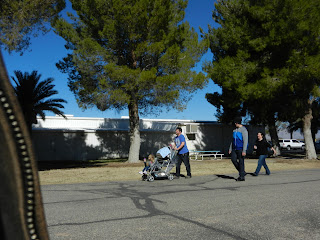 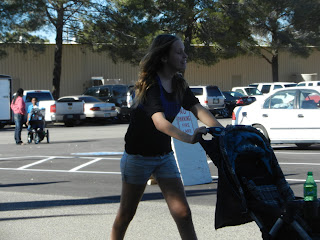 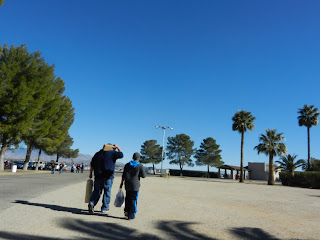 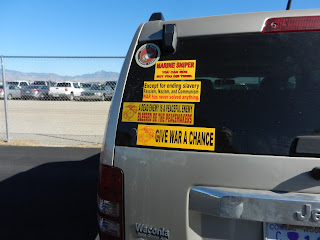 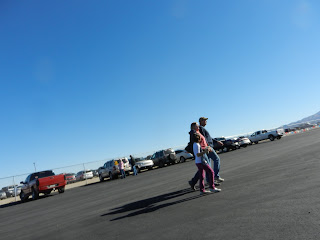 Speaking of gun shows, here are some snapshots I took earlier this month at a gun show on a weekend day at the Pima County Fairgrounds just outside Tucson.

As at gun shows across the country, crowds were bigger than usual, ammunition and magazines were selling out, and the hottest items on many lips were the Bushmaster AR 15 rifle. You know, the same kind of semiautomatic assault weapon that that homicidal maniac borrowed from his gun-nut mother to massacre 20 little children and six teachers a month ago at that grade-school in Connecticut, after he murdered his mother at home.

The rifle is so popular that the boys from the NRA, manning their usual booth near the entrance to the gun show to drum up membership (which is flagging), were promoting one as first prize in a raffle, $10 a ticket. Gun owners told me that the AR 15s are almost impossible to find now. All sold out.   A used one that used to go for $800 is now in the $1,800 range, one said.

By the way, gun dealers I talked to said they love those well-intentioned "gun buy-back" programs that are increasingly popular as a reaction against gun violence. "You can get at least $50 for any old piece of crap in Grandpa's closet," one said.

I occasionally go to the local gun shows to check out the doings. Most noticeable to me on this one was the unusual number of people who brought the kiddies along, including some in strollers in which a rifle was also being carried.  Alas, no photos allowed inside the sacred hall. So these from outside will have to do.