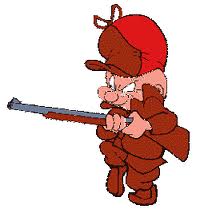 People attending gun shows around the country on Saturday were wounded by accidentally discharged firearms in three separate incidents.

In Raleigh, N.C., three people were wounded by gunshots at a crowded gun show when a gun was fired accidentally after a security guard asked the owner to open his bag for inspection.

The shotgun’s owner brought the weapon to the quarterly Dixie Gun & Knife Show at the North Carolina State Fairgrounds to sell it privately. The show closed early because of the shooting but will resume tomorrow.

According to the Raleigh News & Observer newspaper: "The shooting took place the same day as gun-rights supporters held a Gun Appreciation Day event in downtown Raleigh."

Also, in Indianapolis today, there was another gun-show gunshot wounding. A man loading a gun outside the Indy 1500 Gun and Knife Show at the State Fairgrounds was accidentally shot when his .45 caliber semi-automatic discharged Saturday afternoon around 4.15 p.m., according to WISH-TV, a local station. The man, Emory L. Cozee, 54, was walking back to his car and loading his .45 when he accidentally shot himself in the hand.

Meanwhile, in Medina, Ohio, a man was wounded in an accidental shooting Saturday afternoon at a gun show at the Medina Fair Grounds. Police said a gun dealer was checking out a semi-automatic handgun he had just bought when he accidentally pulled the trigger. The gun was loaded, it seems. The round hit the floor and struck a man standing nearby in the leg and arm.