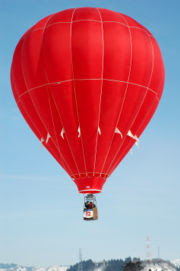 Checked any fares recently? I just went to book a trip to Tucson and the best fare I could find was about $150 more than it would have been a month ago.

Airlines are entering the winter season with a little more confidence that they will have regained some pricing power and may be able to hold onto it. Most airline operating results for October showed load factors -- the number of available seats filled with paying customers -- in the 83-84 percent rage. Load factors like that mean that virtually every in-demand flight is taking off with every seat full.

Even the third-quarter financials, reflecting a dismal summer of passenger demand, were better than had been anticipated, though revenue remains way down. Among the nine largest airlines, third-quarter operating revenue was down $28.3 billion, an 18 percent decline over the third quarter of 2008. Still, the total was $223 million higher than AirlineFinancials.com had estimated, said Robert Herbst, an airline pilot who publishes the financial analytical site.

Total capacity, he reports, was down 5.1 percent over the 3rd quarter of 2008 -- reflecting an accelleration of the capacity slashing that began in 2000, gained speed in recent years -- and now leaves us with a domestic airline system that has 20.1 percent fewer seats than it did nine years ago, according to OAG.

Herbst expects that year-on-year revenue growth could begin as early as the 2010 first quarter. Looking at current domestic coach fares and shrunken schedules, and knowing that business travel is starting to pick up again, I'd say that is a pretty good guess.

Let me tell you, it's a lot more than 85 percent rage with me.

Oh, for the days of Laker Airways.

Fares going up, capacity going down, load factors out of sight. Oh My Gosh, time for someone to start another airline!

Well, you know old joke about the quickest way to make a small fortune in the airline industry . . . start with a large fortune.

But we need a feisty startup like Laker -- and SOON.