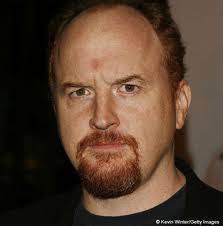 Whenever I write anything remotely positive about the major airlines, or even not overtly condemnatory (per today), I'm always amazed at what strikes me as knee-jerk adverse reaction, even to the most simple little Labor Day column. Not from the public, mind you, but from some within the media -- and especially the contingent from the Southwest Airlines Media Marching Band and Glee Chorus.

[I specifically exclude my friend Joe Brancatelli at Joesentme.com from this gripe, as Joe knows more about airlines than I ever will.]

Among the media reaction I'm getting to this morning's low-hanging-fruit assertion from me, comes from some people who think it's absurd to say, as I did, that fares remain near historically low levels.

But it's true. My bet is that those people travel infrequently, and have seen fare increases on specific routes. One I can think of is Newark-Los Angeles, a trip I took regularly when I used to live in New Jersey. Four years ago, I could usually book that roundtrip on Continental for about $425, and today I had reaction from people saying that trip is now around $600. That may be true here and there -- but I just checked, and a roundtrip coach flight on Continental, Newark-Los Angeles, comes up as $378 to $437 for departure next week.

The fact is, across the board, average fares are near historical lows. Statistics from the Transportation Department's Bureau of Transportation Statistics, for example, show that the cost of the average airfare, adjusted for inflation, actually fell 21 percent in 2010, compared with 2001. (Fares have been rising in the last six months, no doubt, but not yet enough to refute the assertion that they remain near historical lows. Not yet, anyway.)

Meanwhile, regarding Southwest. Southwest may not charge for bags, but it's also becoming known for relatively high fares compared with its competitors. I like Southwest for its convenience (and especially the easy and penalty-free procedures for changing an itinerary), but on my last three business trips, competing airlines had lower fares.

And God forbid I should board Southwest with baggy pants and upset the preternaturally vigilant Southwest fashion police, they of that splendid Dallas-Fort Worth school of social propriety and travel couture.

Overall, a little perspective is needed in the media vis a vis the airlines, for all of their manifest faults. As Louis C.K. points out in this popular Youtube clip, "Everything's Amazing and Nobody's Happy," via the Conan O'Brien show:

"It's an amazing world wasted on the crappiest generation of spoiled idiots," Louis says. "Maybe we need to spend some time riding on a donkey with pots and pans banging on the side." As to air travel, he points out that going from New York to California takes five hours on an airplane. "It used to take like 30 years, and a lot of you would die along the way!" On a plane, "You're flying! You're sitting in a chair in the sky!"

O.K., that said, we now return to my regular programming of complaining about air service and hotels. Don't get me started on hotels, by the way.