Seoul-Searching, or: Why I Continue to Give South Korea a Skip 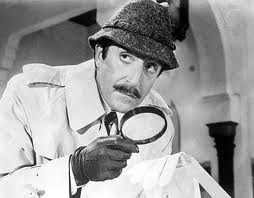 I decided a long time ago that Korea wasn't for me as a traveler. That apercu came in 1968 when I noticed how the South Korean troops who sometimes joined us at the mess hall in Vietnam tended to wear necklaces made of ... human ears. (Secured only from dead Viet Cong, they assured us as they commandeered the salad table wolfing down lettuce piled high on cafeteria trays.)

OK, call me an insensitive travel brute, but at that point I ruled out the idea of leisure travel to South Korea. Then as now, I felt that I required two ears to hold up my glasses.

Lately, I'd been reconsidering, partly due to the good things I hear and see about the excellent quality of Korean Air, the national carrier.

But now I look at this story just posted on the Times Web site. It seems regular South Korean citizens like to wander around taking pictures of their fellow-citizens, prowling to catch them in acts of petty infraction. Yes, they are like paparazzi, but instead they're stalking their fellow citizens to rat them out to the authorities.

"...they roam cities secretly videotaping fellow citizens breaking the law, deliver the evidence to government officials and collect the rewards," the story says.

"I’m making three times what I made as an English tutor," one of the stalkers says.

Egad! Another country remains on list of the places I probably don't actually have to visit before I die.

Korea seems to be even more bizarre a place than Japan, where I existed for five years. In Japan, for one example, extortion is practically institutionalized:

The local thugs (usually Yakuza) by a few shares in some hapless company. Then, they threaten to show up at the annual shareholders' meeting and disrupt it unless they get paid X amount of money. This extortion fee is often automatically set aside by the companies and are paid without a single murmur.

The perversive nature of Japanese males has to be seen to be believed, and it's out on show in their comic books, some that are specifically written for men who like to take "upskirt" videos on crowded trains . . .

But I think I'll have to agree with you, Joe. If I want Seoul food I think I'll stick to Hwang Kum, up on Queen Mary St. (Though I must admit my couple of times on Korean Air and Asiana were very enjoyable).

next time you go to Brazil and I hope you don't ...we will shove your Yank ass with our Tupiniquim's bananas .