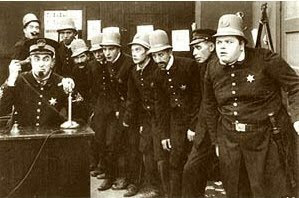 There being a distinct difference between the attributions "investigators say" and "investigators say they were told," it's probably useful to have the text of the latest update by the National Transportation Safety Board on the bizarre incident involving a Northwest/Delta flight that overshot the Minneapolis airport by 150 miles last Wednesday night while the pilots claim they were "distracted."

Here's the NTSB report. The NTSB is next interviewing the three flight attendants.

The Wall Street Journal today (sorry if the link doesn't work because of the pay wall) has some interesting information. According to the Journal report, which cites "people familiar with the details," the "missteps began" when "a female flight attendant brought meals into the cockpit and the captain ducked out for a bathroom break."

No approximate time is given for this meal service, but it certainly would have been well in advance of the time the pilots would have been expected to be preparing for arrival at Minneapolis.

The flight attendant and first officer then chatted in the cockpit "just as controllers were instructing the crew to switch to another radio frequency," according to the Journal report, which added:

"The co-pilot, engaged in conversation with her, missed the instruction, and the captain didn't return until later, according to consultant Greg Feith, a former [NTSB] investigator."

Now just a darn minute here, as Deputy Barney Fife would say. Not only has the story changed, but now it appears as if the pilots were tuned to the wrong radio frequency, which accounts for them being out of contact with air-traffic control -- on approach to a major international airport?

Bring on the flight attendants! We're in for a bumpy ride as this story unfolds.

Will you drop the "on approach to a major international airport" phrasing already? Flying along in cruise at 37,000' over southwestern Colorado is not "on approach" to anywhere, much less Minneapolis.

That explanation sounds perfectly plausible for how they missed a frequency change. What I'm still not understanding is how they managed not to realise anything was amiss -- it would have gotten awfully quiet on the speakers in the cockpit once they flew out of range of the original ARTCC controller who gave them the missed handoff -- for the next hour and change. Most of the guys I fly with, myself included, get a little twitchy if we go more than five minutes without hearing anything on the radio. In the evening, especially on quiet sectors, it's common to hear pilots call and ask Center, "you still there?"

Apparently these guys' healthy degree of paranoia took a vacation that day.

Joe, what would you have the FAA do, torture the truth out of them? That humiliated crew may *never* tell you what you/we want to hear. And you know what? Tough. Before they even landed that plane they knew their careers were over.