What Happened on Flight 188? It's Not a Mystery. Right Now, It Looks More Like a Cover-Up 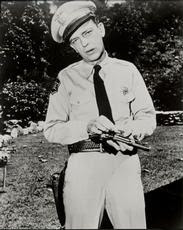 All right, all right: Now what the heck happened here? Who saw what happened? Let's cut out the guessing.

Of course, it's wrong to expect immediate answers in an aviation accident, when investigators are working partly through mechanical and technological forensics, as well as with people who might be involved.

But the disturbing incident on Northwest/Delta Flight 188, which flew 150 miles northeast beyond its destination in Minneapolis Wednesday night, with the pilots not responding to increasingly anxious calls from various air-traffic-control centers, does not appear to have been the result of an accident -- or at least an accident whose causes can't be immediately determined.

Instead, it appears as if some person or persons may have done something wrong and/or negligent, and potentially put in danger the lives of everyone on board.

So what the heck happened here?

A cop would ask: Who knows the facts?

Well, the two pilots certainly know, but so far they've been able to get away without giving public answers beyond what the co-pilot, Richard I. Cole, blabbered yesterday to KGW-TV in Portland, Ore.:

"Nobody was asleep in the cockpit. No arguments took place. But other than that, I cannot tell you anything that went on because we're having hearings this weekend, we're having hearings on Tuesday. All that information will come out then." The TV report said that Cole declared that there is "a lot of misinformation that's going on. Things are being said that didn't happen, but I can't go into any details."

Oh, well, thanks for clearing that up, cap'n. You are aware, I suppose, that the statement that "there were no arguments at all in the cockpit" appears to contradict the statement the pilots gave to the FBI upon landing, in which they claimed, according to the National Transportation Safety Board, that they had been involved in a "heated discussion over airline policy and they lost situational awareness."

(By the way, the KGW reporter, who is not identified in this raw footage of the interview on the station's Web site, went to the co-pilot's home in Salem, Ore., and knocked on the door, which used to be Journalism 101, standard practice. To his credit, he also pressed the co-pilot on the few answers he did give, such as the denial that anything untoward had occurred in the cockpit. "Then what distracted you for 150 miles?" the reporter persisted before the co-pilot politely closed the door.)


Incidentally, airline pilots are understandably a little cranky these days, not only over crappy working conditions but over issues like seniority when two airlines merge, as Delta and Northwest have. This is not to say that's what they were arguing (or not arguing) about for a whole 78 minutes, though.

So who else knows what happened?

Well, the three flight attendants certainly know something. The flight continued on for over an hour beyond the airport, with the cockpit unresponsive to calls from the ground, while emergency officials considered scrambling military jets. (And remember: An airline cockpit door is locked and supposedly impenetrable. So a flight attendant can't barge in and shake somebody awake if something goes really wrong.)

Unless the whole crew had been rendered temporarily unconscious by some kind of magical knockout drops that had no effect on the passengers, flight attendants (who generally don't miss a trick) certainly had at least some of the "situational awareness" that the pilots claim they misplaced during those strange 78 minutes in the cockpit. Yet we have not heard word one, as far as I know, from the flight attendants.

And some of the passengers knew something -- despite risible media reports that stated that passengers did not have "a clue" that anything was amiss.

The few passengers who reporters could find to interview didn't have a clue because they appear to be clueless. I guarantee you that a good number of people on that airplane had more "situational awareness" than the pilots, if less than the flight attendants. I guarantee you many were aware that something was amiss, especially as the plane droned on for 150 miles past its destination. People have watches and can look out a window, and they certainly can read body language and a situation in which no announcement is forthcoming from the cockpit (or from the front galley, evidently) explaining why the plane was over an hour late, and appeared to have sailed beyond a major metropolitan area like Minneapolis-St. Paul.

This is a matter of public safety. And I don't think there is a "mystery." I think it's a cover-up, which I hope comes to an end soon, because the flying public deserves to know what is going on. We've allowed commercial aviation in this country to become uniquely unaccountable in many instances -- something we would not put up with in any other form of public transportation.

I have no doubt the National Transportation Safety Board will dig this out -- and get it out.

But let's us in the media stop being coy about the issue of accountability. This is a case for a cop with the power of arrest (as would be the case if, say, a city bus barreled down the wrong route for over an hour, and the driver declined to discuss the "mystery" of why). Or even a reporter refusing to accept "no comment" as a satisfactory response. (Again, credit to that unnamed KGW-TV reporter).

What the heck happened here, and who's lying and who's laying low, and why?

When will we get the straight story?

We shouldn't have to depend on a cockpit voice recorder (and one that was evidently so old that it only records about 30 minutes at a time) to get that story. A good cop would have straightened it out by the time the ballgame was over Wednesday night.

By the way, someone who sounds like a pilot takes issue with my saying yesterday that the flight was in "crowded airspace" as it approached (and blithely departed) the Minneapolis-St. Paul area at 37,000 feet. The airspace at 37,000 feet is not "crowded," I am informed -- as if I don't have some uniquely personal "situational awareness" of what constitutes "crowded" at 37,000 feet, having survived a mid-air collision at precisely that altitude. It's sort of a matter of definition, I think. Airspace around a major international airport is more crowded than airspace not around a major international airport. But I do take the point.

In fact, given my correspondent's most recent comment, I stand corrected.

No, you continue to miss the point.

And the midair collision you experienced was in airspace that, by US standards, was damn near deserted.

The way you originally wrote it made it sound like the aircraft had descended into the (truly) crowded airspace immediately surrounding the airport, putting at risk the lives of thousands of people on the ground as well as those aboard other aircraft in the area. That is absolutely not the case, and to imply otherwise is disingenuous.

I agree that the airspace was not "crowded". I also agree that something should be done and a hard line should be taken with these pilots.
I do, however have a little problem with your sideways glance to the flight attendants. I bet my next legacy airline paycheck they knew something was up but are being prevented from speaking to the public. It's sketchy at best, but if I'd been working that flight and given the choice to tell my story or keep my job, you'd better believe I would choose paying my rent.

I think cameras in the cockpit would not be an undue invasion of pilots' privacy. What, they're afraid to be caught reading a newspaper? Mooning a private jet?

And the cabin crew should have direct access to controllers as well, in case of an emergency that leaves the pilots incapacitated.

I'll only stop short of advocating cameras in the bathrooms, but hey, it's an idea.