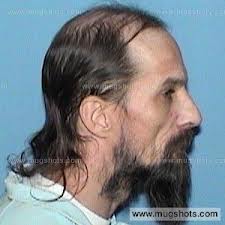 [UPDATED]
Christmas Day brings more detailed news of still another horrific shooting massacre, this one caused by a lunatic in upstate New York who set a house fire on Monday in order to ambush responding firefighters. The gun he used for the killings was the same model of semi-automatic-like assault rifle, a Bushmaster .223 (a civilian version of the military M16), as the weapon  used by another lunatic to kill those little children and those teachers in Connecticut less than two weeks ago.

The New York Times story on the latest shooting (link) is far better than the Rochester paper's (and the Buffalo News only runs wire, sadly, and, pathetically, so on Wednesday does the hometown Rochester Deomocrat & Chronicle, a Gannett paper, natch).  The killer shot and murdered two firefighters, and injured two others as they responded to the fire. Today, authorities found the body of another victim, believed to be the killer's 67-year-old sister, in the rubble of the burned house in Webster, N.Y.

The killer, this Spengler, had a long rap sheet. In 1981, the Times story says, "he pleaded guilty to manslaughter for bludgeoning his 92-year-old grandmother to death with a hammer. He was imprisoned until 1998."

(Wait a minute, you and I are asking: He hammered his granny to death and got off with manslaughter and a sentence of less than 20 years? Explanation, please!)

I take no issue with a deeply distraught fire chief, but I do with the tenor of the times and with journalism, this reflexive assumption that somebody like this murdering psychotic needs "help." Let's examine that for a minute. A fellow who bludgeoned his grandmother to death, who is known locally as a dangerous lunatic, who proclaims that he wants to kill as many people as he can, who sets a fire in order to ambush firefighters, four of whom he shoots and two of whom he killed (plus the victinm found today in the rubble, so far publicly unidentified) -- this man does not need our "help." Rather, it's we who need help. Society needs help in the form of protection from a murdering maniac like this.

Chief Pickering is exactly correct when he says that "maybe he should have been institutionalized." That is, locked up -- not for his own good, to hell with him, but for the good of society.

To the extent that the mental health industry actually cares about treating the severely mentally ill (and the evidence is, the industry cares not very much at all for that mostly futile, largely unrewarding chore), the touchiest clinical subject at hand is the idea of institutionalizing the severely mentally ill who pose real and present danger to society. There is, for one thing, no money to be made in that. And, of course, there is the horrific history of the grim state-run mental hospitals (most of which were basically patronage mills for the benefit of state politicians).

On the other hand, until the insane asylums were emptied out in the 1960s and 1970s, there was, in fact, a place for society to keep people like Spengler (and the maniac who shot those children, and the other maniac who shot my congresswoman Gabby Giffords and all those others in Tucson, ad infinitum) away from the rest of us.

The subject of some form of reinstitutionalization is enormously complex and fraught with social danger, especially in a health-care system in which mental health services are a profit center, as they have been since the 1980s. Who decides? But I would submit that in a case like Spengler, institutionalizing him was not even a close call. And  Lanza in Connecticut, or Loughner in Tucson, among others in our pantheon of mass murderers probably would have had no problem making the cut, either, in an intelligently and honestly run mental health system.

In a note left at the crime scene before he shot himself, this Spengler clearly self-diagnoses: homicidal maniac. "I still have to see how much of the neighborhood I can burn down and so what I like doing best: Killing people," the note reads in part.

Incidentally, the promise inherent in deinstitutionalization was that after we closed the horrible industrialized public insane asylums, we would establish in their place effective, adequately funded community mental health centers, emphasis on "community," where a range of critical-care services would be available, and where clinical psychiatrists and other trained professionals would be able to closely monitor cases from a local perspective. In other words, a Spengler or a Lanza or a Loughner would be on the radar, at least.

[UPDATE: Wednesday's Times has an op-ed piece by a psychiatrist named Paul Steinberg who assumes the sanctioned industry position on whatever the hell schizophrenia actually is -- which officially sanctioned position is, that it is a diagnosable physical disease (hence treatable with reimbursement under insurance policies, at least for those who have enough insurance).  Steinberg mentions another homicidal mass murderer, the one who massacred 32 people at Virginia Tech in 2007 (emphasis mine): "At Virginia Tech, where Seung-Hui Cho killed 32 people in a rampage shooting in 2007, professors knew something was terribly wrong, but he was not hospitalized for long enough to get well." The assumption being that this particular homicidal maniac might have gotten  well through intervention and therapy, rather than that society could have been protected through custody.]

After deinstutionalization and the concept of genuine community mental health clinical care went terribly wrong, nearly all mental health money flowed toward luring the worried well into treatment. As the psychiatry establishment, long a kind of orphan child in medicine, sold its soul to profiteers, it gained unaccustomed hospital-industry respect as financial rainmakers, if not as physicians. The promise of deinstitutionalization and community mental health. focused on the truly mentally ill, was cynically dashed. The desperate homeless roaming city streets were only the most visible, and in many ways benign, consequence. The Spenglers and Lanzas and Loughners and were the real payoff. (Abetted, of course, by the gun lobby that ensured that homicidal maniacs could be armed to the teeth with the latest in murderous assault weaponry).

The subject of critical mental-health care is on the table again, and I'm currently working on a revision and update of my 1994 book "Bedlam: Greed, Profiteering and Fraud in a Mental Health System Gone Crazy" (St. Martin's Press), under a new title, "Crazy in America," and a new publisher.

The book is focused on the greatest health-care financial fraud of them all, the pillaging of the mental-health-care system by rapacious for-profit psychiatric hospitals and affiliated therapists, including alcohol and addiction charlatans, in the 1990s. But the book also provided a primer on the sordid history of mental-health care in this country, where the money all started flowing toward the "worried well" who had insurance to bilk, and away from the truly crazy, who tend not to have much insurance coverage to bilk, tend to resist treatment, and in many cases are impossible to cure anyway.

"Bedlam" will be reissued, in a revised edition, as "Crazy in America," in the spring.