Woman Sues Over Underwear-Check on JetBlue 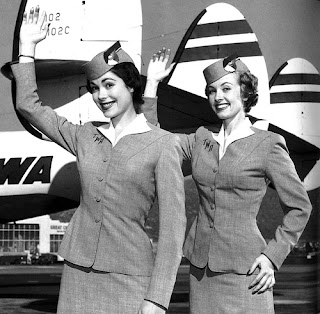 Another disturbing incident comes to light involving a male airline "supervisor" and a young female passenger who evidently offended said official by the way she dressed. This time on JetBlue.

A 27-year-old female financial consultant woman is suing the airline, claiming she was thrown off a flight last summer when a male check-in agent demanded to know whether she was wearing underwear under her long tee-shirt.

Here's a link to the story in the New York Daily News newspaper.

In her suit, which also alleges assault, she says this "supervisor" stuck his hand radio between her legs to somehow determine what she had on under the long tee-shirt.

Hey, on my old block in Philadelphia, that kind of thing gets the living shit beat out of a guy, followed by a more officially sanctioned trip to Holmesburg Prison assuming the perp is still breathing.

But maybe the protocols are different these days in commercial aviation, where piss-ant clerks and airport cops evidently think they have leave to behave like members of a Guatamalan militia. (This incident happened at LaGuardia airport, and the cops involved belong not to the actual NYPD but to its crack bus-station auxiliary, the Port Authority of New York and New Jersey police.)

According to the woman's account in the New York Daily News, "He said, 'I don't want to see your panties or anything, but do you have any on?'"

She added, "He asked me to come off the plane, but I didn't want to go anywhere with him." The police then were called to escort her off the plane, where she was then required -- by the cops, she says -- to lift her tee shirt to show that she was wearing shorts.

She then reboarded the flight, but was confronted by the same JetBlue employee. "He told her that the pilot was unwilling to fly the flight with her onboard and she'd have to exit."